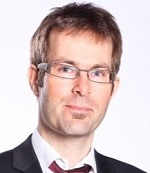 In 2002, after a PhD and an engineering degree, Guillaume Brecq joined ENGIE’s Paris lab on the Natural Gas Vehicles promotion and the valorization of power shedding for English B2B customers. In 2009, he took over responsibility for the Smart Grids corporate program of the ENGIE Research Department. In 2013, he joined CLIMESPACE as head of the Studies Department to strengthen this subsidiary operating the Paris cooling network in its technical methods and operational tools. In March 2018, he became responsible for the development of a web tool called NEMO aiming at supporting dispatchers in optimizing heating and cooling network operations.